xbBooks is an xbCulture family component for cataloguing books you have read and reviews of them. Version 1.0.3 is the current release. 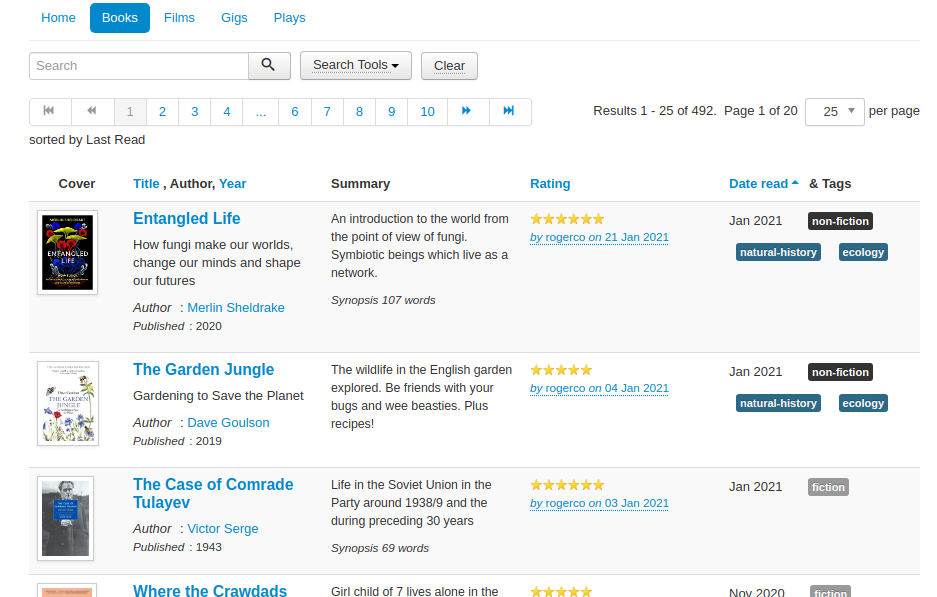 It started out as I needed something to replace a local flat-file database I had been using to save details of books I read and short reviews/comments. Previous to that I had been using a simple spreadsheet and originally an paper file.

xbBooks is installed as a package containing two components - com_xbboos and a supporting component, com_xbpeople, for administration of people and characters which are common to all xbCulture components.

The primary intended user is someone wanting to keep a record of books they have read with a reminder of the plot and what their reaction was.

xbArtMan is a component to provide some additional tools for backend administration of Joomla content. Initially it focuses on three areas that I have had difficulty with - seeing what tags are assigned to which articles, seeing what links are embedded in articles and defined as related item links (and checking that they are valid), and seeing what images are used in which articles.

It adds two new elements to the PhocaDownload data - a 'slug' or short description for the files and categories for the tags. Three new Admin views are provided - a tag editor, a tag category editor, and an improved file list view.